#1 Inexpensive “Beer Tour” of California at the Summit Beer Festival 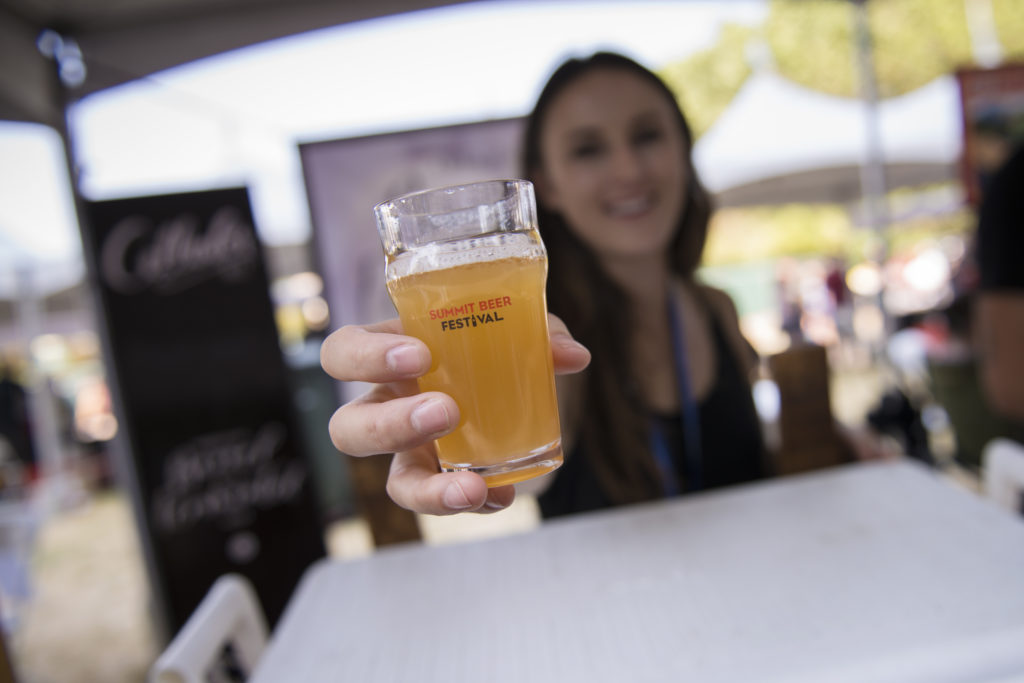 With 170+ breweries pouring beer at the Summit Beer Festival on Saturday, September 14, beer lovers have a unique chance to “tour” through the state of California craft beer! The breweries are organized by region so pull out your brewery map and take a tour of the best of the Golden State, all at Marina Green Park in Long Beach! 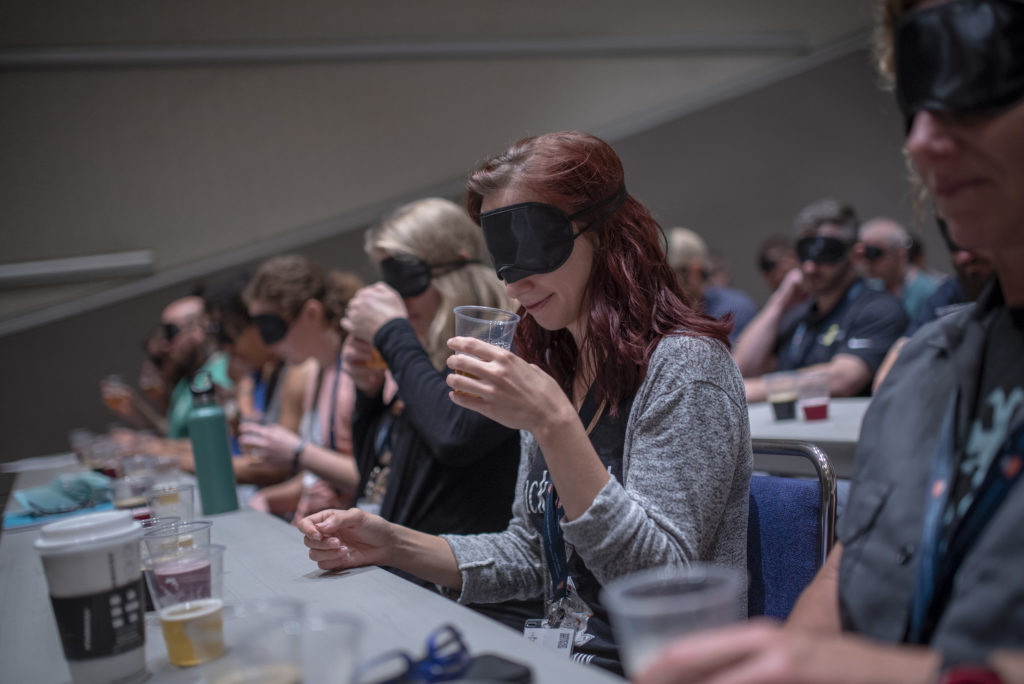 The line-up of educational seminars at the Craft Beer Summit on September 12 & 13 appeals to anyone that loves, tastes, works with or works for craft beer! Check out the full list of seminars and pick the ones that suit your needs! The NEW Hospitality Tracks offers everything from draft tech to music licensing to legal consultation for bar or restaurant managers!

#3 Interaction on the Expo Floor 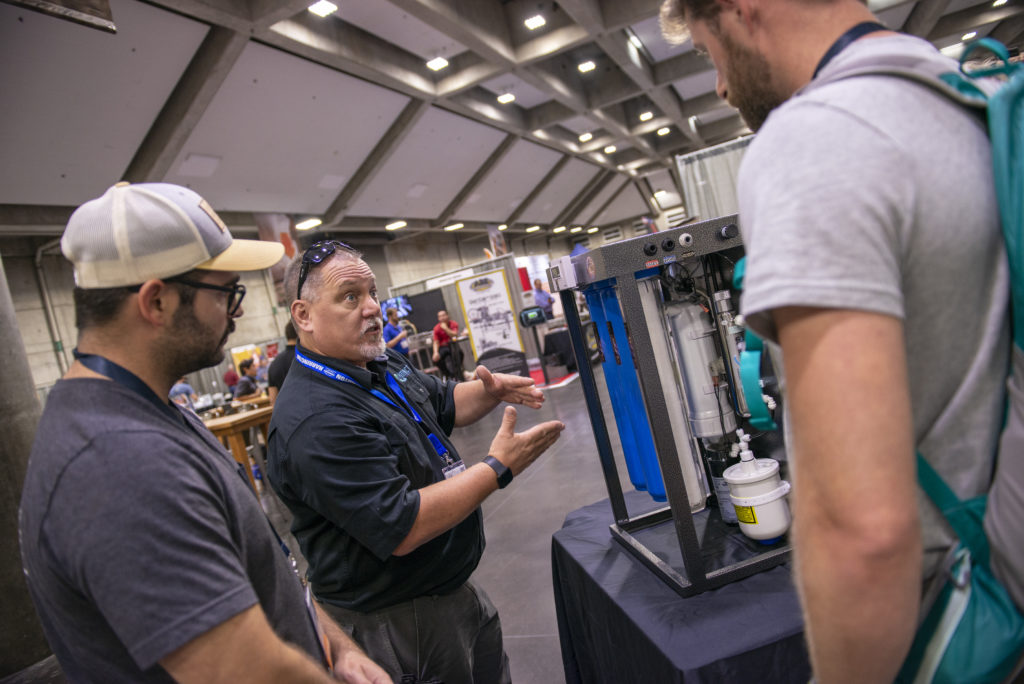 From sniffing hops to tasting beer and food pairings to sitting and listening to a Chef and Brewer demo to tasting beer from a Regional Guild, there are a variety of activities to do on the Summit Expo Floor on top of all the great exhibitors and vendors to talk or shop through! Check out the map of everything on the floor for a full look at the scope of experiences you can try at the Craft Beer Summit this year. If you are in a shopping mood, make sure you check out the list of exhibitors!

#4 Guild Booths on the Expo Floor 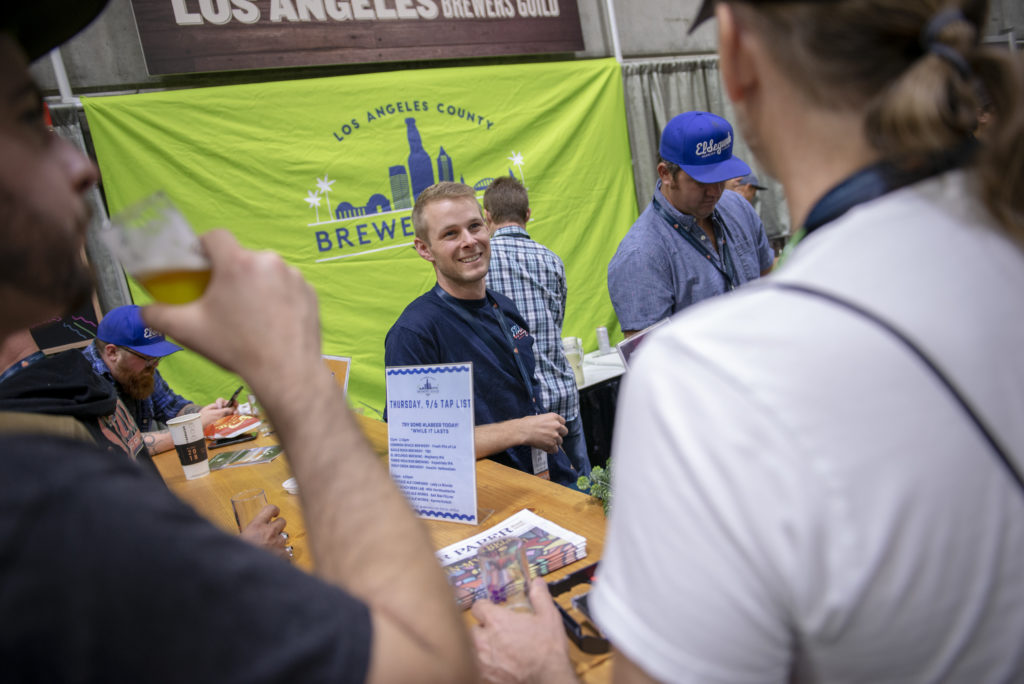 Speaking of Regional Guild beers, seven Regional Brewers Guilds from across California will be repping their region’s best beers, breweries and culture in booths on the expo hall floor, giving attendees a chance to taste beer and experience the vibe of different regions across the state. Beer releases announced on the floor of the Expo Hall!

#5 The Brewers Pour the Beer 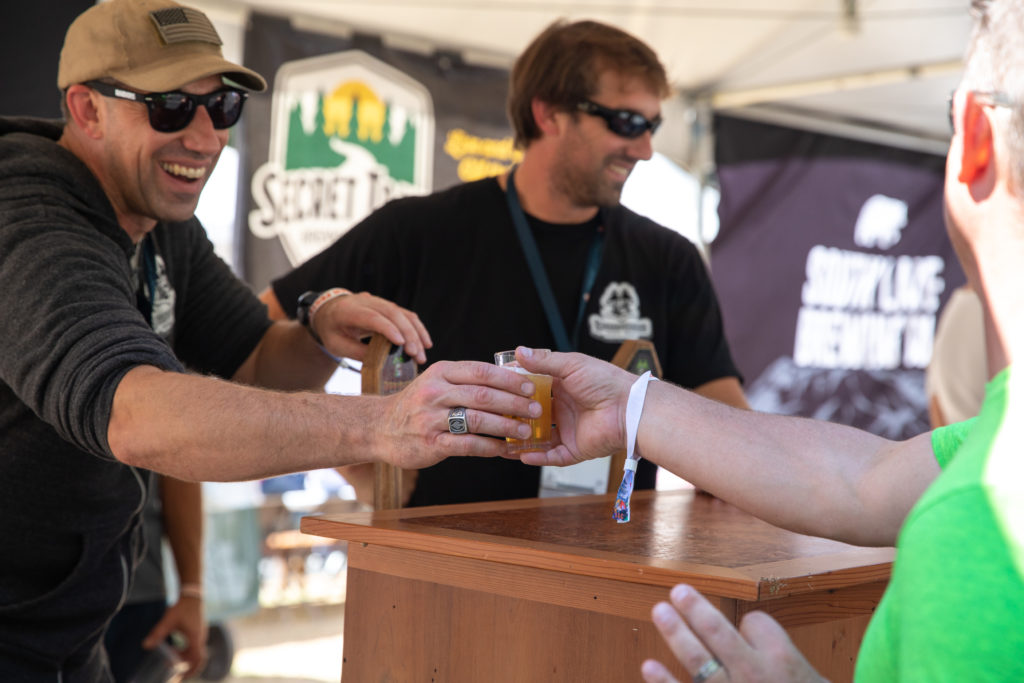 At the Expo Hall and at the giant Summit Beer Festival, it’s common to see the owners and brewers of all the breweries pouring you their beer. This is a great chance to ask questions about the beers or the brewery and hear from the source the stories that make the brand.

BONUS #6 Pick the Experience YOU Want! 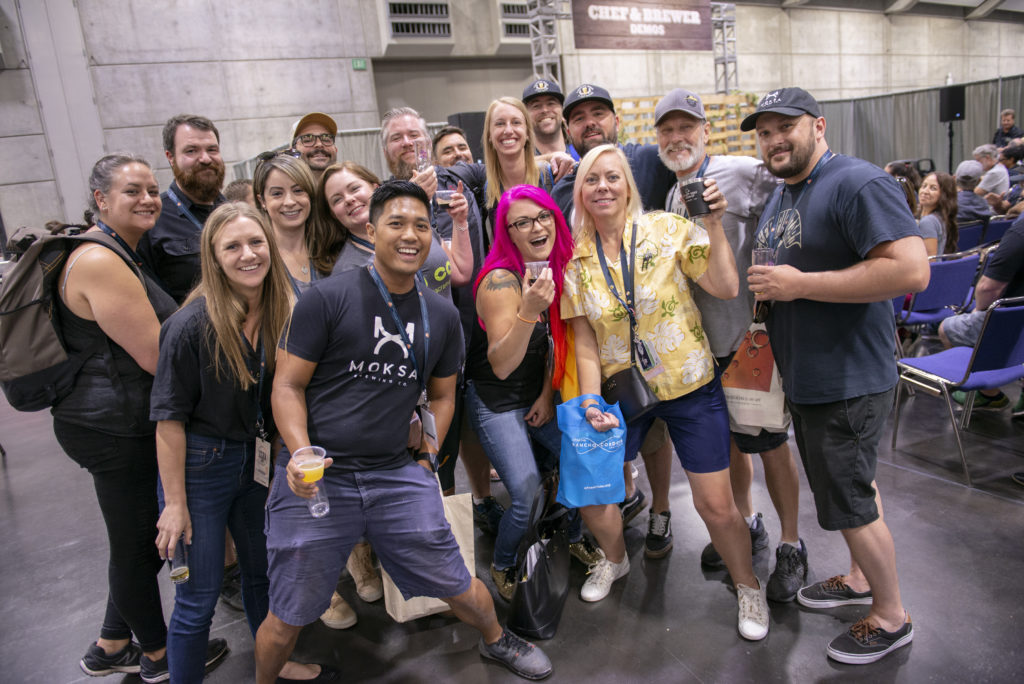 With ticket options ranging from day passes to VIP weekend passes to tickets to the Summit Beer Festival alone, you can tailor your Summit Experience to what you want!

Check out all ticket options on the Summit website here: https://www.californiacraftbeer.com/craft-beer-summit/tickets/purchase-tickets/

Chef Demos and Brewed for Food Pairings Back at the Summit!

August 28, 2019Cody MillerNo CommentsEvents, Home Page, Summit Blog Post, Website Intro Message
What do you taste and smell the first time you take a sip of a beer? How about when you pair the beer with a bite crafted by a chef and a brewmaster? The CCBA is excited to once again offer unique food and beer pairings at the California Craft Beer Summit through the returning Brewed for Food pairings and Chef Demos on the Expo Hall floor. Check out the full schedule and participating chefs and brewers below!

This year, the California Craft Brewers Association (CCBA) celebrates an important milestone: 30 years of protecting and supporting 1,000 breweries in the state of California!

The greatest and most beneficial impact of the CCBA is our work every year at the state Capitol. There is no doubt that if the CCBA did not exist, the landscape would look very different than it does today…

What is included in the 30th anniversary celebration?

Don’t miss celebrating with your community, your association and your beer family at the California Craft Beer Summit this year. Tickets on sale now. More details at www.cacraftbeersummit.com!

Tickets for the Summit Beer Festival currently available at www.CaCraftBeerSummit.com.

“Beer lovers have an unmatched opportunity to taste a variety of unique beers from across the state and meet the brewers who made them,” said Julian Shrago, brewmaster and co-owner of Beachwood BBQ & Brewing in Long Beach, Calif. “The Summit Beer Festival is the spotlight event for the BEST of independent California craft beer. Whether you’re an avid beer fan or just beginning to explore everything beer has to offer, you won’t want to miss the Summit!”

The Summit’s beer line-up is listed online HERE and includes special releases from breweries across the state, including but not limited to:

The Summit Beer Festival is the culminating event of the three-day California Craft Beer Summit – the signature event for the West Coast beer and brewing communities that brings together thousands of craft brewers, hospitality professionals, beer distributors and beer lovers.

“For beer lovers interested in tasting their way through California’s craft beer, the Summit Beer Festival is the perfect place to start exploring or seek out special release beers,” said Leia Bailey, managing director of the CCBA. “If you’re interested in developing your beer and food pairing, homebrewing techniques or meeting brewers and innovators in the industry, check out a day-pass to the California Craft Beer Summit for tasting AND education.”

The Beer Summit brings more than 6,000 attendees from across the state and nation to the event each year, with more than 60 percent of all attendees traveling from outside the region to attend.

The Beer Summit also marks the 30th anniversary of the California Craft Brewers Association (CCBA), the nonprofit association that protects and supports the vibrant craft beer industry in California. All proceeds from the event go back to support the CCBA.  More information about the CCBA at www.californiacraftbeer.com.

What Are you Shopping for at the 2019 CA Craft Beer Summit?

CCBA is excited to announce the full list of exhibitors and sponsors for the 2019 California Craft Beer Summit in Long Beach. Make sure to plan your connections, networking and business development ahead of this year’s Summit.

Check out at the full list of Summit Exhibitors here. You can also find the 2019 list of sponsors here – more are joining each day, so make sure to check back regularly to determine who you want to connect with this year.

With the Summit hitting the road to Long Beach to celebrate its 5th year and 30th anniversary of the CCBA – this is sure to be the most anticipated Summit yet. We can’t wait to celebrate with you in Long Beach, September 12-14!

If you haven’t already signed up, make sure to purchase tickets here. Discounts available for CCBA members, email info@cacraftbeersummit.com for more info.

The 2019 California Craft Beer Summit is hitting the road and heading to Long Beach for its historic 5th year and 30th Anniversary of the CCBA. Although the Summit has moved to Southern California this year, Northern California brewers are showing up in impressive fashion and are excited to make the trip to Long Beach!

“The CCBA has done an amazing job of advocating for the craft brewers of California for the past 30 years and the Summit gives us a chance to celebrate that success and the amazing growth of our industry. Long Beach here we come!”

“I have witnessed the growth and the positive influence the Summit has had on Sacramento craft beer, and I look forward to seeing that happen in Long Beach. I encourage every brewery to come to Long Beach and support the CCBA in its 30th year of efforts to educate and advocate for the craft brewers of California.”

Check out the list of all 50 Northern California participating breweries below:

You can check out the full list of participating breweries across the state of California on our website here.

No matter what information you’re looking for, we’ve got you covered at the CA Craft Beer Summit!

Check out our full lineup of educational content here and don’t forget to grab your tickets for the Summit Festival here.